Linux From Scratch is a great project that provides you with step-by-step instructions for building your own custom Linux system, entirely from source code. To Keep It Simple and Stupid as an educational project, LFS does not contain instruction to build multilibs.

However, for those who use LFS as their main system, multilib support may be essential. For example, some non-free softwares are only provided in 32-bit binaries, and others may want to use x32 ABI to improve the system performance.

There are various modifications which add multilib support to LFS procedure. Basically they just add the instruction to build multilib in LFS book. But as LFS an educational project, we should focus on why we should use these instruction. And, for a complete multilib environment we also have to build multilib for BLFS book. A Multilib BLFS book would be a massive work and I don’t think someone can maintain it.

So, I would explain how multilib system works, and show the basic idea of how to add multilib to LFS system.

The basic idea of multilib is simple. The kernel will parse the header of the executables and find out whether the code is LP64 (x86-64), LP32 (x86) or L64P32 (x32) in it. Then the kernel can arrange the address space and provide syscall interface specified for this ABI then the code with all the three ABIs will work. For example, if we have a static linked x32 program compiled in a multilib system with

Unfortunately many programs are dynamically linked. When we try to run a dynamically linked 32-bit program bar on a 64-bit LFS system, the kernel will parse the header of bar. The path to dynamic linker is hard coded in the ELF file bar:

But we don’t have a /lib/ld-linux.so.2 in the 64-bit LFS system. So the execve syscall to execute bar just return with ENOENT.

Now forget LFS for a minute. On a travial binary distribution, we solve the problem by installing ld-linux.so.2 to /lib with a package manager, or manually. Then we’ll hit another problem. The shared object name libc.so.6 is hard coded in the ELF file bar:

Where to put the multilib?

We can choose to install the dynamic linkers to other location but then we must create a symlink for it at the specified location. For example, the original LFS book installs ld-linux-x86-64.so.2 to /lib, then symlink it to /lib64.

However, the location of other libraries are arbitary. You just can’t put 32-bit and 64-bit libraries in a same directory. After all, the main Glibc library is named libc.so.6 so 32-bit and 64-bit Glibc will certainly collide in the same directory. Just choose three different directories to contain the libraries in three different ABIs. For example, you can make the library location to seem like the dynamic linker location:

For another possibility, you may have a mostly 64-bit system with a few 32-bit applications and want the “main” library path to be 64-bit:

Other users (for example me) prefer Debian-like multiarch directories:

And even the following “strange” totally non-FHS layout is possible:

Then how to let the dynamic linkers to find them? The intuitive way is creating an /etc/ld.so.conf contains all the directories:

Then all three dynamic linkers will search all three directories. But that’s not a problem since they’ll ignore ABI incompatible libraries.

A better way is hard coding the correct location into the dynamic linkers. LFS builds them from source (in Glibc package) so it is possible. Then each dynamic linker will only search the directory containing the compatible libraries specified at build time. We’ll show how to do that later.

Do We Need Temporary Multilib?

DJ’s multilib LFS book build multilib in an additional Chapter 10 so Chapter 5 need not to be modified. But in Chapter 10 a temporary toolchain for multilib still has to be built.

If you are tough enough, you can try to hack GCC building procedure to build 32-bit and x32 libgcc after GCC Pass 2 manually. I have not done this and I don’t suggest to do this. I just choose to build all multilib of temporary packages in Chapter 05.

The symlink from lib64 to lib should be skipped.

The option --disable-multilib should be changed to --enable-multilib-list=64,32,x32. Then GCC will built runtime libraries (libgcc, libstdc++, etc.) automatically for them. This change should also be applied for Libstdc++ in Chapter 5.

If the library directories is same as dynamic linker directories, no other changes are needed. Otherwise, we should edit gcc/config/i386/t-linux64 in the source code to let GCC know them.

Even if the multilib directory layout is not multiarch, we should use --enable-multiarch. Then Python 3 package can use gcc -print-multiarch to discriminate shared objects and other platform specific files with different suffixes in their names.

Glibc need to be built three times, each for an ABI. The complete configure line in Chapter 5 should be changed like:

The variables with suffix _MULTI varies with ABI:

Explaination of variables and options:

And, for the final GCC in Chapter 6:

Explaination of new options and variables:

We should install 64-bit Glibc after 32-bit and x32 version. Then the 64-bit executable binarys will overwrite the 32-bit and x32 ones. And then we need to edit the ldd script. For security reason it only handles the executables with correct dynamic linker path which is specified by the RTLDLIST variable. Since we have finally installed the 64-bit version, the RTLDLIST variable only contains one path to 64-bit dynamic linker. Open /usr/bin/ldd with an editor and modify RTLDLIST to be three dynamic linker paths sperated by space.

Most packages could be configured for multilib with:

Here ${original_configure_line_in_book} is the original confiugre line from the LFS book. Actually we can simplify the line by creating some pesudo-cross compiler wrappers like:

Multilib of most LFS packages can be built and installed this way. But some packages need special handling.

GMP configure script recongnize “customized” host triplets for optimization depending on the hardware. For example when I run config.guess in GMP package on my laptop I get the triplet ivybridge-pc-linux-gnu. So if we use --host=x86_64-pc-linux-gnu or --host=i686-pc-linux-gnu, the script will configure for generic x86-64 or x86 CPU. This will make GMP slower. So, instead of using --host, we should use the environment $ABI for GMP. GMP configure script recongizes ABI=32, ABI=64, and ABI=x32. For example, ABI=32 would tell GMP to use 32-bit x86 assembly code, and add -m32 to compiler flags.

Bzip2 has no configure script. Most annoying, the library path (relative to install prefix) is hard coded to be lib in Makefile. We have to use sed to edit it, or install it manually.

By default pkg-config only know one .pc file path in library paths, which is /usr/lib/pkgconfig. So the .pc files in /usr/lib64/pkgconfig will be useless. Unfortunately most modern systems need to be mainly 64-bit. They have many libraries with only 64-bit version so they only have pkgconfig files in /usr/lib64/pkgconfig. We can override this using configure option --with-pc-path=.... We can add multiple directories and seperate them by :.

And, if pkg-config detects an pkgconfig file for 64-bit, it will output -L/usr/lib64 -lfoo for libfoo. -L/usr/lib64 is unnecessary and may cause problem. We can use --with-system-library-path=... to tell pkg-config which -L ldflags should be skipped.

How to add the prefix i686-pc-linux-gnu-? Use the configure option --program-prefix building pkg-config.

Ncurses installs ncursesw6-config. Since we install the 64-bit version last, /usr/bin/ncursesw6-config would be the version from 64-bit. Its output would contain -L/usr/lib64. It’s annoying for 32-bit and x32. We have to use sed to edit it and remove the -L output.

Some other packages also has *-config scripts. They need to be modified too.

Do not modify headers install path since the headers are ABI specific. If you don’t have i686-pc-linux-gnu-pkg-config, you may need PKG_CONFIG_PATH=/usr/lib/pkgconfig for the packages need libffi (for example, Python 3).

OpenSSL has customized configure system. Fortunately it’s easy to use. It’s Configure script (not config) accepts linux-x86_64 for 64-bit, linux-x86 for 32-bit, and linux-x32 for x32. Still we have to remember to change --libdir.

Pythons tends to have problem when cross compiling. So do not use --host for it.

Python 3 only use /usr/lib/python3.x as package directory. If we use --libdir=/usr/lib64 for Python, we would get a broken installation. To discriminate shared objects in one package with different ABIs, Python 3 hard code the multiarch name from gcc -print-multiarch at build time and suffix the shared objects with it. For example, there are _ssl.cpython-36m-x86_64-linux-gnu.so for 64-bit, and _ssl.cpython-36m-i386-linux-gnu.so for 32-bit.

The header pyconfig.h is ABI specific and need to be renamed and wrapped. And, since we can’t use --libdir, we have to manually move libpython3.6m.so to the correct library path.

Meson itself is in pure Python and has no binary libraries. But to use Meson building system to build multilib, we need to tell Meson some information of the ABI. After installation of Meson, create /usr/share/meson/native/x86 for 32-bit:

Then we can use meson --native-file x86 for 32-bit. exec_wrapper = "" tells Meson we can run the generated executables natively. Without it some BLFS packages refuse to build.

I’d used /usr/share/meson/cross and --cross-file, just like a pseudo-cross building with autoconf configure script. But it turned out some packages refuse to build certain parts (for example gir files) when they are cross compiled. And, meson now uses host pkg-config to locate g-ir-scanner and g-ir-compiler. So we have to stop pretending cross building for 32-bit.

Most BLFS packages can be built for multilib like normal LFS packages. Still some packages need special case.

I have a multiarch patch for Python 2. With it we can build Python 2 just like building Python 3 in LFS.

I suggest to edit the default library pathes in /usr/share/cmake-${version}/Modules/GNUInstallDir.cmake so we don’t need to set them manually each time. But it only supports 32-bit and 64-bit (no x32 support) now. So we still nned a -DCMAKE_INSTALL_LIBDIR=/usr/lib32 for x32. I don’t know how to hack cmake to support installing x32 libraries to /usr/lib32.

Some packages using cmake doesn not use GNUInstallDirs.cmake but use a config variable LIB_SUFFIX. Which can be used to specify library path like -DLIB_SUFFIX=64 (result in /usr/lib64). But there are still packages hard coding lib in CMakeLists.txt. They are quite annoying and need some sed.

We have to set libexecdir of Gstreamer same as libdir because it has some ABI specific helper programs.

Rustc is a compiler so it doesn’t need multilib itself. But we have to build multilib for its runtime libraries (just like libstdc++ from GCC). Simply modify config.toml in BLFS book will do the job:

But rustc will install many 64-bit libraries in /usr/lib. I don’t like this behavior so I remove all of them and add /usr/lib/rustlib/${arch}/lib to /etc/ld.so.conf. Rustc seems also supporting x32 now but I’ve not tested.

After a rustc with multilib has been installed, cross compiling multilib for librsvg is simple.

It needs no multilib - the compiler will compile 32-bit runtime as needed. Set GOARCH=386 then it would produce 32-bit code. But it doesn’t support x32 now. 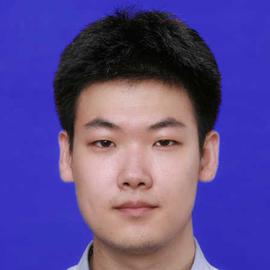 Retired from ICPC, now a PhD student and an assistant ICPC coach (with no salary).